A simple, yet challenging,
strategy board game. 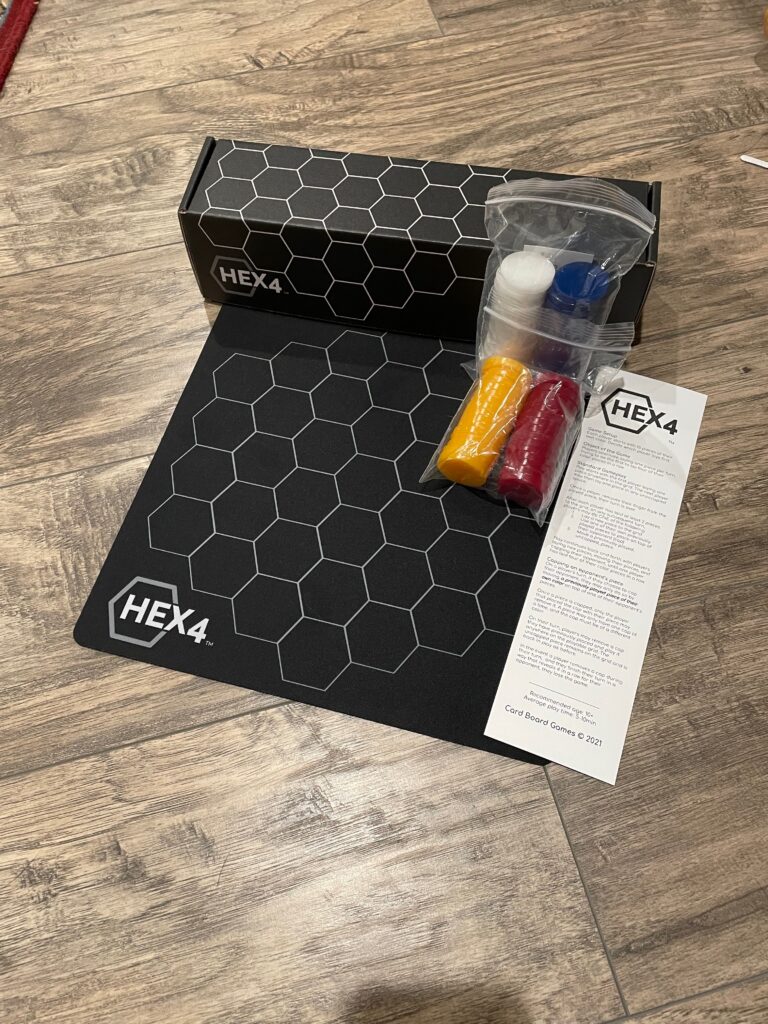 A simple, yet challenging, strategy board game.

Each player has 15 of their own colored player pieces, and play on a hexagon grid board.

A standard game of HEX4 last anywhere between 2-5 minutes.

We recommend players ages 10+ (although players as young as 4 have beat their grandparents).

OBJECT OF THE GAME

Players take turns playing their pieces to the grid, attempting to lay 4 of their colored pieces in a row.

The game starts off as simple as tic-tac-toe, but once each player has at least 2 of their own colored pieces in the grid, on any future turns they may move an already played piece to CAP their opponent, if they choose.  This is where the game becomes dynamic and interesting. Players will continue back and forth – playing new pieces, moving pieces, and capping their opponent – until one player lays 4 of their colored pieces in a row! And that’s HEX4!

The rules for a 3 player game of HEX4 are just like the standard edition. The only difference is, you have an extra player to consider when playing pieces, moving pieces, and an extra opponent to cap (or worry about capping you!). You will find the 3 player game a little more challenging, but in a different way.

Of course adding a 4th player is a similar scenario, but we recommend playing the 4 player version with teams of 2. Teammates will sit across from each other (each player still having their own color, EX: White and Blue) and each team is just trying to get 4 of ONE of their colors in a row (EX:4 blue in a row and the White/Blue team wins!), adding a whole extra layer of strategy to the game.

Our newest game, HEX4, is now available for purchase! Dismiss